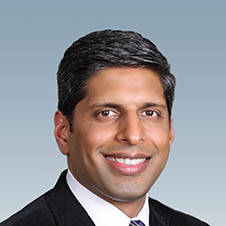 Manish brings over 17 years of experience as a real estate agent to the firm and recently joined the company from NAI in Baton Rouge, Louisiana. Since the early 2000’s, Manish been involved in multiple hotel developments, and has owner/operator experience involving everything from inception to disposition. Throughout the years he has honed the ability to maneuver the industry and continues to have strong working relationships with many operators, vendors, and franchisers throughout the Gulf region.

In addition, Manish is the director of over 40+ family-owned commercial properties which include retail shopping centers, industrial, truck stops, and RV parks throughout Southern Louisiana. He is also a licensed commercial contractor in the State of Louisiana, since 2009, specializing in new construction of office/warehouse buildings, and he holds a CHA certification. Born and raised in Baton Rouge, Manish attended LSU where he earned his Finance degree in 1997, MBA in 2003, and the prestigious CCIM designation in 2007. Manish’s educational background along with his extensive years of industry knowledge allow him to serve as a valuable asset for investors in the hotel industry.